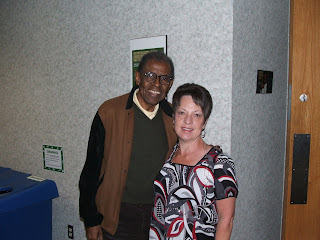 There are two provinces holding out: Nova Scotia and Prince Edward Island and they excuse themselves saying the drug is too expensive. The old question comes back: What is the value of a human life?

I have been receiving Revlimid due to the generosity of the manufacturer Celgene and it has been saving my life. (Ed)

Manitoba last week became the eighth province to approve funding for Revlimid® (lenalidomide) in combination with dexamethasone, as second-line therapy for the treatment of patients with multiple myeloma.

In October 2008, Health Canada approved Revlimid in combination with dexamethasone for the treatment of multiple myeloma patients who have received at least one other treatment regimen. Prior to the drug’s approval, there were few effective, once-daily oral treatment options for patients with this aggressive blood cancer.

Notwithstanding overwhelmingly positive clinical evidence, Nova Scotia and Prince Edward Island remain the only provincial holdouts denying access to patients who do not have private drug insurance, but who require Revlimid. Myeloma Canada, together with local support groups, will continue the campaign to force decision makers in these two provinces to follow the lead now set by every other Canadian province.

John Lemieux, President of Myeloma Canada stated, "Manitoba’s unique requirement for a Utilization Management Agreement slowed the process, but the government has now made the right decision. Denying public funding for a critical drug like Revlimid blocks access to a treatment that has been proven to prolong the lives of multiple myeloma patients. Universal access to drugs like Revlimid across the whole of Canada is a core goal for Myeloma Canada. The myeloma patient community won’t accept a patchwork quilt approach to provincial listings of this drug. Nova Scotia and Prince Edward Island will have to come on board."

Multiple myeloma, a cancer of the bone marrow, is an incurable but treatable disease. The cancer starts in plasma cells, which are produced in the bone marrow. In myeloma, abnormal plasma cells, called myeloma cells, grow uncontrollably, crowding out the normal blood cells in the bone. This can bring on symptoms such as fatigue, recurrent infections and severe pain resulting from bone fractures. The disease disturbs the body’s balance of minerals and prevents organs, such as the kidney, as well as nerves, from functioning properly. In Canada, approximately 2,000 people are diagnosed with multiple myeloma every year.

Myeloma Canada, the only national organization exclusively devoted to the Canadian myeloma community, is dedicated to supporting people living with multiple myeloma.
The mission of Myeloma Canada is to: provide educational resources to patients, families, and caregivers; increase awareness of the disease; accelerate research efforts; and promote improved access to new therapies, treatment options, and health care resources. Myeloma Canada works with regional support groups and key myeloma experts to strengthen the voice of the Canadian myeloma community. Myeloma Canada works in close affiliation with the International Myeloma Foundation, the world’s oldest and largest myeloma organization. For more information or to find out how you can help please visit our website at www.myeloma.ca.
Posted by Myeloma Atlantic at 12:24 AM