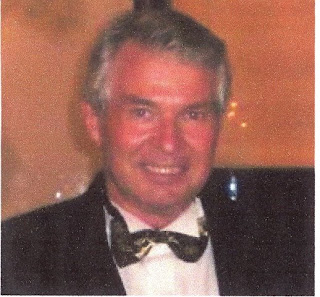 Hello everyone. I want to thank all of you who have been so thoughtful in answering my questions and providing your support. It really does help to know that others have dealt successfully with the same issues.

I moved to Singapore in 2006 to work on a project. I remained in good health and led an active lifestyle until early August of this year, when my journey began. I had become increasingly bothered over the previous eight months by a longstanding sciatica issue. My regular doctor suggested physio which I tried on a couple of occasions but was never convinced that it had any long term benefit. On the recommendation of someone in my office, I went to see a local Chinese doctor schooled in Traditional Chinese Medicine (TCM) and western medicine. He was supposed to be a bit of a miracle worker, and quite a character. A character indeed he was. He reminded me a bit of the nutty professor. His advice was to sit up straight, stand up straight, don’t drink tea or coffee, breath deeply……and get an MRI done!

He arranged for an MRI at a local hospital within the next week. What started off to be what I had thought was a routine MRI to identify which vertebrae was causing the sciatica issue, turned out to be a horrible shock. I was told that I had a tumour on my lumbar vertebrae! My vision of a long and happy retirement immediately vaporized!

Following consultation with my regular doctor, I was referred to an orthopaedic surgeon at the National University Hospital (NUH), a large teaching hospital here in Singapore. I was admitted to hospital the next day and underwent a series of tests.

Within the next week, I was redirected to a haematologist/oncologist, as the results of the blood work (and other factors) pointed to MM. Additional blood testing and a bone marrow biopsy confirmed the diagnosis (stage II MM) by the beginning of the next week, at which point I was started on my treatments. The entire process following the first “routine” MRI took two weeks! I was certainly grateful to have been able to get that level of care and service in such a short period of time. As it was, waiting to hear the outcome of the tests within those two weeks was difficult.

My treatments included Dexamethasone, Thalidomide and Velcade, with a host of other peripheral medications to address the side effects, as well as Pamidronate every five weeks. No action was taken related to the lesion on my vertebrae. The consensus was that it would heal itself. I ended up in hospital three times, twice for high fever (38.8 deg) and once for blood clots. Now, after three months of treatment, I am experiencing significant neuropathy.

The good news is that a recent Myeloma panel indicated that I have achieved nCR! Although I will continue with one more cycle of Velcade, my doctor has stopped the Thalidomide. Following my final Velcade cycle, I will also discontinue the dexamethasone. So I should have a good Christmas.


The medical attention I have received in Singapore has been wonderful. The facilities are modern, and the doctors (many trained in the West) and nurses are professional and up to date on latest treatments. Even the hospital food is good. I had three choices each from a Chinese, Western and Muslim menu, for each meal! To top all that, my doctor gave me his cell phone number and told me to call him anytime (24/7), even when he went on his vacation!

Based on my experience to date, I plan to have my stem cell transplant in Singapore. It is planned for February, with collection in January. Following recovery, I will move back to Halifax and enjoy life! I will keep you posted on the progress.

Posted by Myeloma Atlantic at 11:40 AM